My 2018 goal? Join Kent Potter’s Association and exhibit at the Beaney Gallery, Canterbury September 2018.  I created a plan of action. At the top of the list, a visit to the Victoria and Albert and British Museum (my favourite places). I was inspired there by Eric Ravillious and Greek Pelikai vessels. My ideas unfolded at Whitstable Harbour capturing scenes through drawing and photography. At The Rijks Museum in Amsterdam, on the Art A Level trip the final element came along in the work of Ernest Chaplin, the opalescent colour and striking composition of the vessel I found captivating.

Two sketchbooks of drawings and paintings later, I had not made any ceramics. With the ‘Portfolio Competition’ at The Turner Contemporary announced, this was the impetus needed.  I produced 5 small teapots, glazes of copper, cobalt and rutile resulting in soft turquoise, blue and cream opalescent colours, reminiscent of Whitstable’s sea and oyster shells. I then began the large final pieces making six to be safe.

Problem solving was needed to deal with cracks if I was to meet the deadlines. Unfortunately, cracking continued, when I resolved one issue another would appear. Frustrated and discouraged, was I being just too ambitious? Ten hours per teapot is no joke, should I give up?

Then, Kent Potters contacted me wanting to exhibit my ‘test’ teapots at The Beaney. I was overjoyed, positive result at last! The theme of the Portfolio Competition was ‘Rebel’ Art. My submission, “Ceramics that refused to comply and be functional. It revolts against the idea of a tea party. It may even scuttle back to the sea.” Bingo!

I was shortlisted and selected as ‘Highly Commended’. The Portfolio Competition judges said; ‘It made them laugh, the pieces were beautifully made but completely useless!’ I have achieved the successes I wanted exhibiting at both The Beaney and Turner Contemporary. 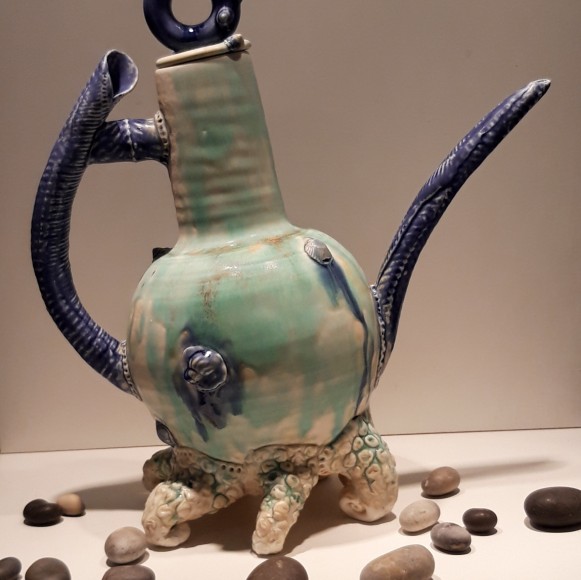 What have I learnt? Not to give up, I will try again to build giant teapots that are also functional. I discovered I should value my mistakes and occasionally alter my perspective with my work.

The portfolio exhibition will be on from late June until early September. 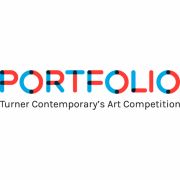