In March, 21 students participated on the annual French Exchange to Toulouse, the French returning to Canterbury in May. Below are some of the accounts of the exchange from our students.

The weekend in France - by Madeleine Hall

At the weekend we spent time with our exchanges and their families. On the Saturday morning my exchange, her friend, her family and I went into the city of Toulouse and did some shopping. Afterwards, we had some lunch and had a walk around the centre.  That afternoon, we went back to her village and met up with some of her friends. I found this really fun! That night, everyone on the exchange met up and we all went bowling together.

On the Sunday morning, we had the biggest and most delicious breakfast. Later that day my exchange and I went to her friend’s birthday party who was also on the exchange. This meant I was able to meet up with some English people too. It was really great to be around and spend time with French people who were my age and I was able to practice my French with them and also learn more about their culture.

Day out in the Pyrenees - by Sofia Bashir

On the Wednesday we were able to participate in a day trip to the Pyrenees and Foix with the French students. Getting up at a gruelling 5:30am was a challenge, especially as I knew we had a long walk ahead of us. Once we had all met at the school, both the French and English students hopped on a coach and we started our excursion to the mountains. I thoroughly enjoyed the journey as I was able to speak to other French students that I had not yet been introduced to. This gave me even more opportunities to practise and improve my French. While on the coach I was able to see some spectacular views of the mountains, something that I hadn’t really seen before, as there is nothing quite like them in the UK. We started the steep and rocky walk which came as quite a shock to us, since we did not particularly realise how steep it would be.

Despite this, we all still had a great time, chatting and talking to our friends as we walked. In the end, it was all worth it as when we reached the top we were able to see some mesmerising views of the Pyrenees. Here, we had a quick picnic stop before descending down. Foix was only a short drive away where we had some free time to socialise with our friends and meet some new people. It was a very nice town that contained lots of character. Unfortunately our day had to come to an end, and we all had a well deserved rest.

Passing the day separately, we were all told from our host houses to meet at the lycée (a much bigger school than Langton) and then to travel by coach to the historic town of Carcassonne. Once inside the town, we were given some free time to explore before meeting up for a tour of the castle. We were given headsets where we were told more about Carcassonne. The castle was surrounded by beautiful French scenery and the weather conditions were ideal. It was then time for lunch and also time to create a short drama performance about the myth of Carcassonne and the legend behind its name. We then performed, in French, to the rest of the exchange and the teachers subsequently judged our performances. Once all the drama pieces were finished, we went to a small café, within the town walls for a well earned drink, where the teachers awarded students for their excellent productions. We boarded the coach back to the lycée when we met up with our French partners again and returned to their houses for our final night in France.

Friday morning in school and return journey - by Angela Logan

We accompanied our French exchanges to their school for the first three periods of the day. We spent most of the day being greeted by the other excited French pupils. I attended my exchange’s English lesson, in which we played English games which we luckily found quite easy. We then had break which was followed by a French lesson. I found this quite dull as it was hard to follow and I couldn’t do anything but sit and observe, but it was somewhat informative regarding what lessons were like for the French students. After this was lunch, so we went to the school canteen which we found a lot nicer than the canteen back in England. Finally, it was time for us to leave so we headed back out to the buses at the front of the school. I was incredibly touched by the kindness and warm welcome I received from my host family and very excited to receive her in England. 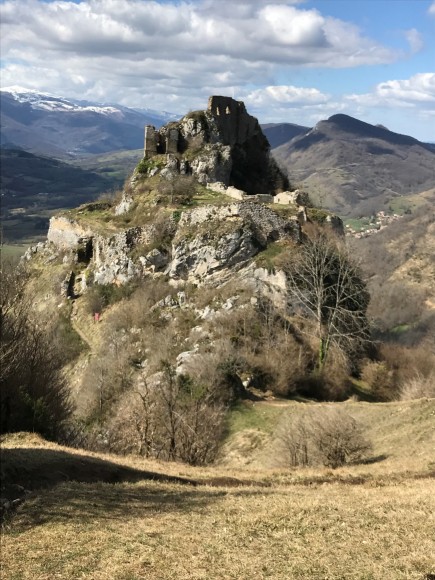