On 13th December Classical Civilisation and Greek students Year 10 and 11 went to the British Museum in London.

As part of the trip the students went to the Troy: Myth and Reality special exhibition. Students were able to see both modern and ancient interpretations of the Trojan War and see some of the sources that they had studied in class such as the death of Penthesilea vase and depictions of Helen for their Women in the Ancient world unit.

We then went to the Parthenon galleries to study the Parthenon frieze which had been covered in Year 10 whilst looking at Women in religion. The students analysed what can be learnt from this archaeological source about the importance of women in Athenian religion, which was a fantastic opportunity to see a contested object of cultural significance up close.

There was also a chance to go to some other rooms that held lots of fascinating objects, particularly to do with everyday life in the Roman and Greek world. I was very impressed to see that the students were able to explain all about objects they hadn’t seen before using their knowledge of the GCSE curriculum.

It was a very busy day and enjoyable day at a world famous museum and I hope that the students visit it again in the future! 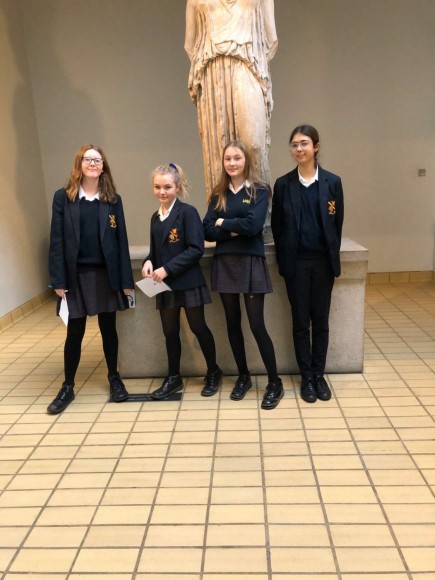